Our rental shop is located on the beautiful, picturesque Wda River. The kayaks and canoes offered are a perfect match for a trail of a variable nature with sections of fast flowing water and easy stages. There is an interesting part of the river for everyone. The Wda River is an ideal trail for family canoeing trips, available all year round and frequented by canoeists from early spring to late autumn. There is a nice tourist infrastructure on this beautiful river, which is appreciated by visiting tourists. We offer comfortable, safe and modern equipment: single kayaks, double kayaks in the Standard and De Lux versions, three-person kayaks and canoes. We will advise the undecided or inexperienced on which section of the river to choose. 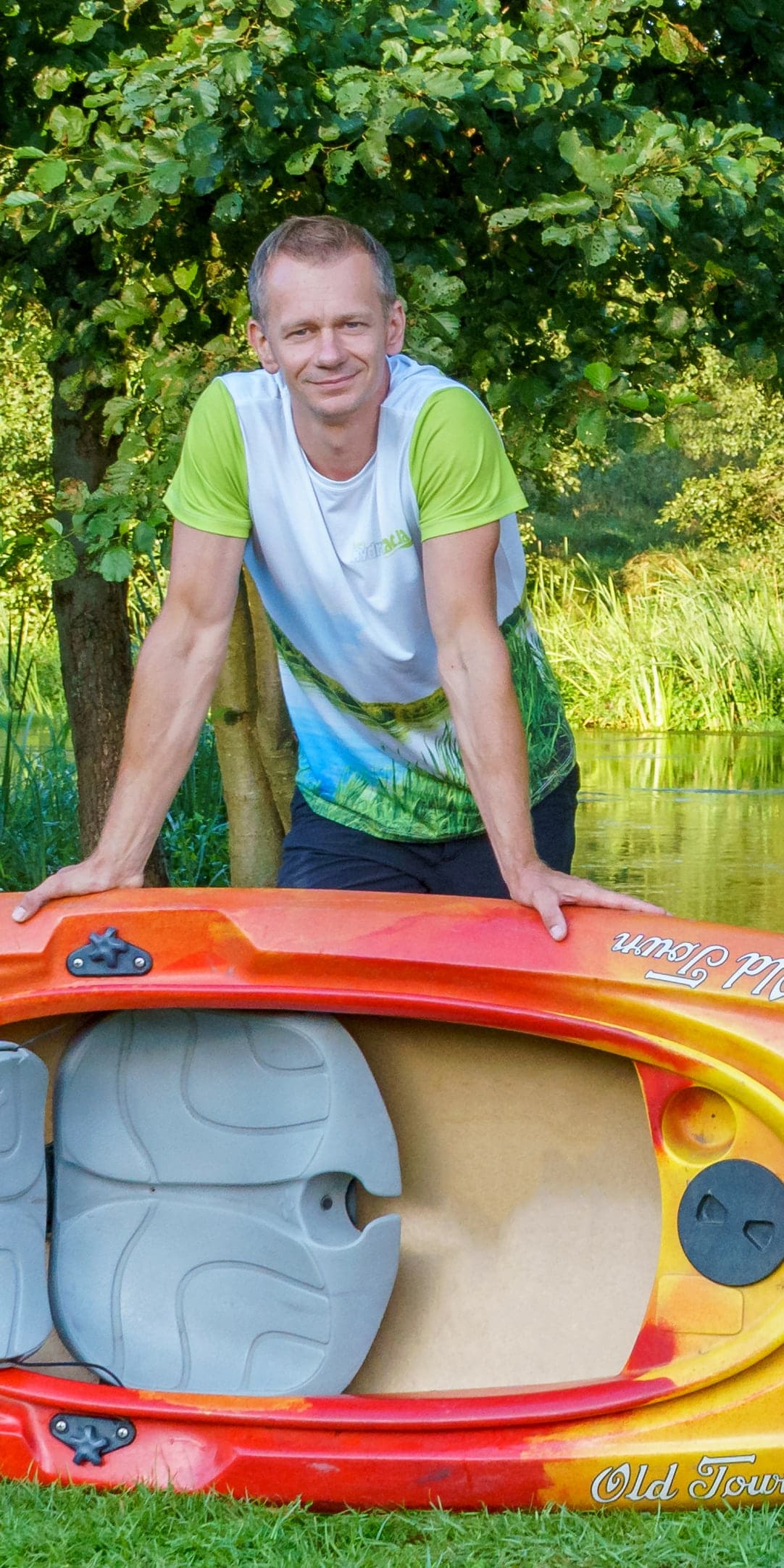 The founder of Kajaki Hydrostacja. Czarnowodzian, a graduate of the University of Physical Education in Gdańsk with a training diploma, WOPR instructor, physical recreation instructor with a specialization in canoeing, promoter of all forms of canoeing and an enthusiast of visiting Poland, especially from a kayak. He deals with kayaking trips, sometimes leads groups, and takes care of every detail.

Privately about myself: Kayaks are my passion. It started in Czarna Woda with the sports form of canoeing, i.e. polo kayaking. This is the kayak’s equivalent of handball. Then I quickly became infected with extreme kayaking while swimming in the mountains of Poland and Europe. I love to slide on the waves of the Baltic Sea in a storm. The sport form of canoeing which is freestyle turns me on the most.
Together with my friends I practice canoeing on Polish and European routes. Most of the rivers visited by me were completely discharged several times. I have had rafting trips on such Polish rivers as: Wda with Graniczna and Prusina, Studzienicka Struga and Niechwaszcz, Kanał Wda, Brda, Chocina, Zbrzyca, Wierzyca, Słupia and Kamienica, Drawa and Korytnica, Różyca, Dobrzyca, Łupawa, Wieprza, Radunia , Kłodawa, Motława, Wełna, Wisła, Dunajec, Białka, Kamienna, Ruda, Soła, Skawa…. I keep searching

Kasia is a very experienced kayaker. He freely swims in a mountain, lowland or sea kayak, he rows perfectly in a canoe. He is a Water Rescuer and a canoeing rafting rescuer, he is also a physical recreation instructor specializing in canoeing. He has eyes around his head in all situations. She is patient and extremely liked. He relaxes swimming along the rivers of Pomerania and practicing extreme canoeing, i.e. freestyle, where he most likes to somersault in a kayak. 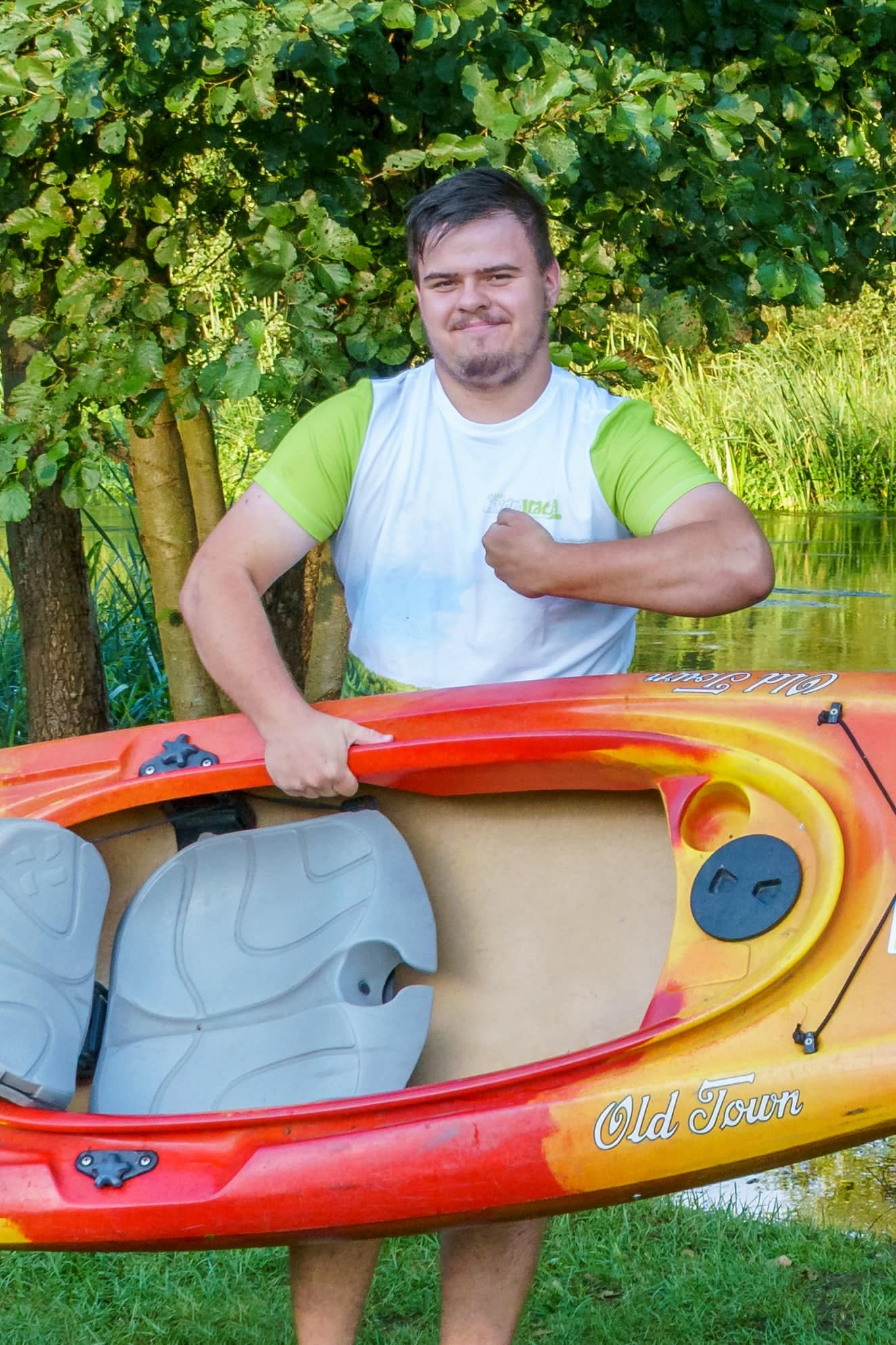 “Young angry”. Kacper is our support at the marina. He is very hardworking and kind. Its main tasks are the issue and collection of equipment, keeping order at the campsite, and efficiently packing a kayak trailer. Privately, he is a very ambitious and cheerful person and football enthusiast. 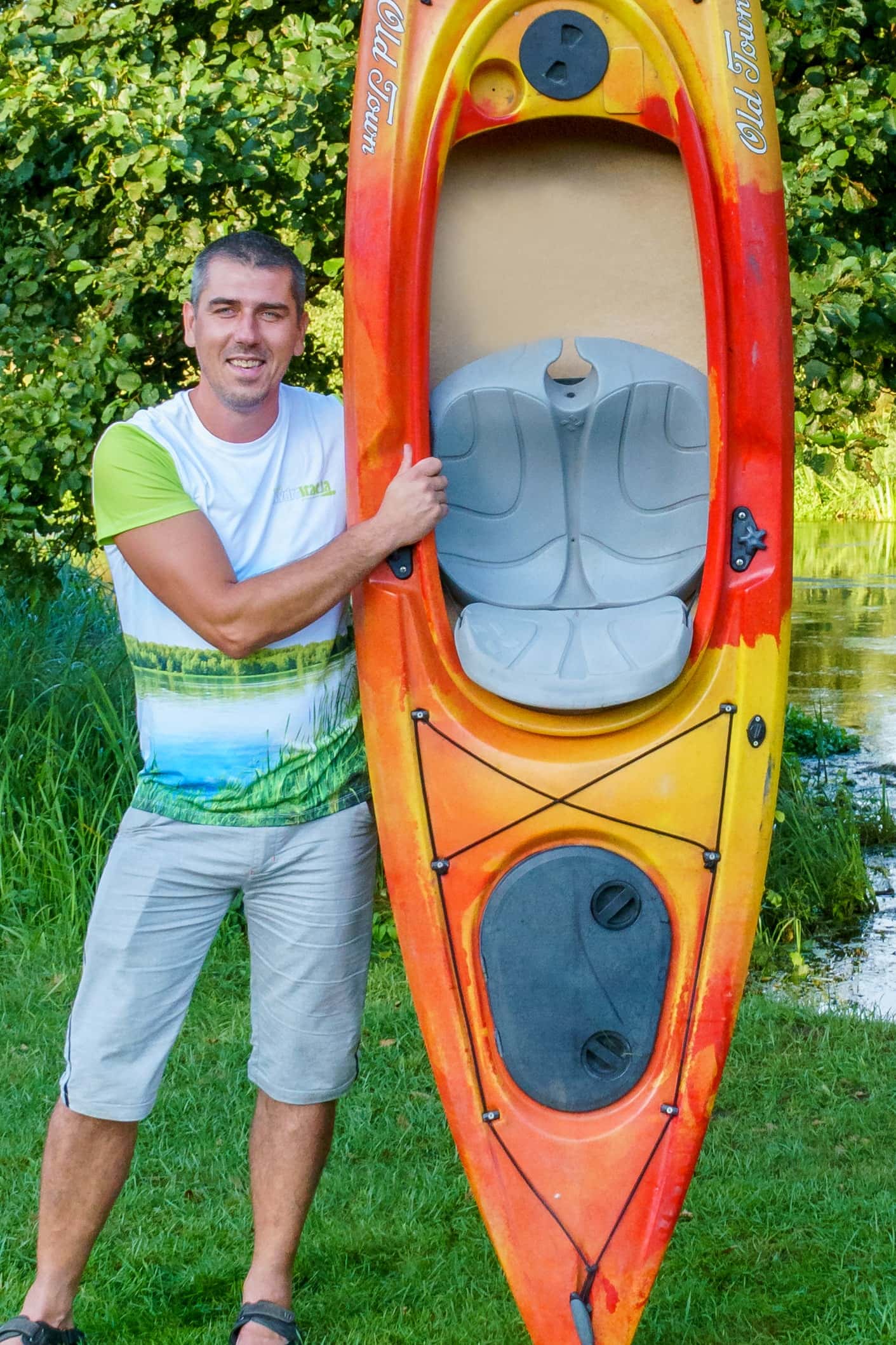 Water sports enthusiast. During his school days, he trained competitively sailing at the Wda Czarna Woda Club at the European level. He is still drawn to the water: he kayaks, he is a very active walrus – probably the most active one in the Starogard poviat. In Hydrostacja it is an orchestra. Privately, he is a fan of good music and a regular at concerts.

You have Successfully Subscribed!

You have Successfully Subscribed!